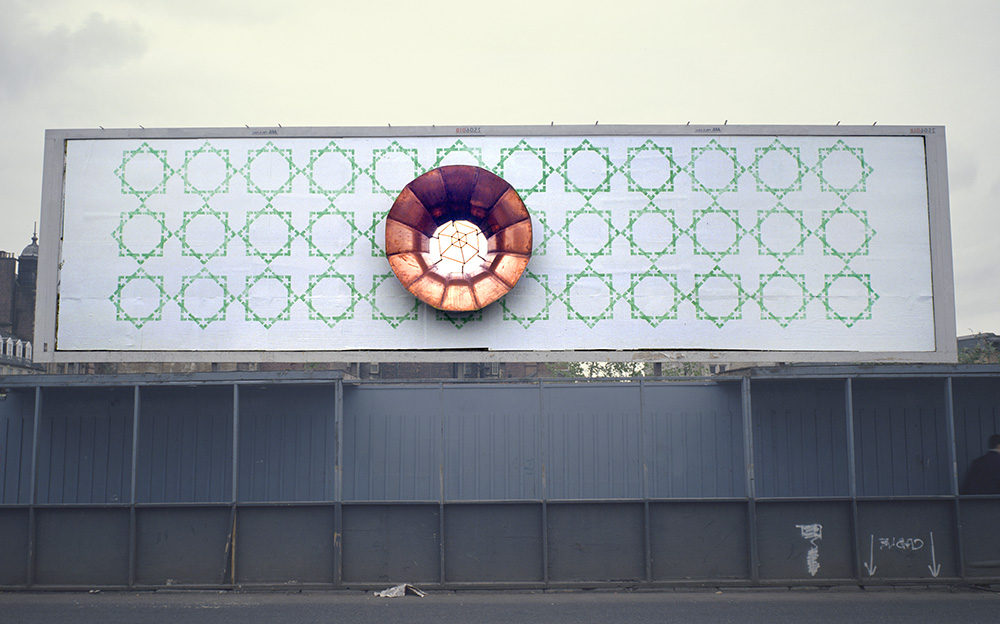 I am careful not to offer answers

Permindar Kaur talks to Michal Boncza about the ambiguity running through her extraordinary sculptures and installations exploring issues of cultural identity, ‘home’ and belonging

Can you explain what inspired you to create Growing a House last year and what it aims to communicate?

I often play with the concept of houses and “homes” in my work. I am trying to define what these concepts mean to me in the formation of personal identities.

Each time, I try and look at “the house” in a new way, reflecting my changing relationship to the concept of home from a dynamic and sometimes fragile architectural form with precarious furniture to more organic structures, similar in concept to my variations of Growing a House.

It is a large, tall structure consisting of a simple “house-looking” framework with pruned offshoots emerging from it. It looks uninhabited, the owners having long since abandoned it and all that is left is a ruin-like structure, giving the impression of a fairy-tale house found in the woods.

The “thorns” and stubs on the house, combined with the offshoots or weeds around it, make it look derelict while also suggesting that it is still growing but now in a more organic way. There is an ambiguity — and impossibility — in the hybrid organic and non-organic growth, where small steel outgrowths are sprouting out of the main inorganic square steel tubing.

Overall, the work shows organic growth and how, eventually, nature reclaims human-made structures. By siting the sculpture in the foyer of a large office building in the heart of London I am emphasising the ephemerality of urban life.

You studied at a “generalist” course at Sheffield Polytechnic. How was it different from classical painting, sculpture, printmaking or photography and why did it appeal to you?

Sheffield was one of the only places I knew of that you were able to study across the art forms, but still have access to all the specialist departments. I jumped across all the mediums, except painting, trying to find a way of working that suited me.

In my work, even though it’s not obviously apparent, this basis of skills that I learnt can be seen in my sculptural installations.

You employ toys and furniture as vehicles for communicating ideas. How did you come to make this choice?

Each work has its own set of events, influences and origins. My final degree show in 1989 included an oversized cart, a large seesaw and a pair of elephants precariously balanced on top of each other. I was looking directly at how my childhood influences affected the person I became.

The cart was empty but the steel wheels were filled with wooden toys representing Indian objects. These were falling out and blocking the cart from moving.

Tall Beds — first shown in Cold Comfort, a solo show at the Ikon Gallery in Birmingham in 1996 — refers to a phase of falling out of bed which I went through. This led me to make distorted three-metre-tall beds.

The work is about subverting the comforting associations of falling asleep, about undoing one of many notions of what “home” represents.

All the works in the show were about falling. Behind the beds was another installation, consisting of hundreds of small fabric figures all curled and wrapped up in impossibly contorted positions, tumbling down the wall. In another, patterns had peeled off a curtain and fallen to the floor.

The works are deceptively familiar in their appearance and initially might remind the viewer of innocence, childhood and play allowing them to be easily accessible, belying their sinister undertones.

I do not want my works to have a prescribed history. The sculptures and installations are hand-made from raw materials. This is especially done to avoid a predetermined history and to remove signifiers which would identify their cultural origins. I want the sculptures I make not to have a fixed identity.

Your show at the Arnolifini in Bristol in 1991 with Virginia Nimarkoh, Alistair Raphael and Vincent Stokes in what was a significant affirmation of art by black artists. At the time, you said that there was: “more and more pressure to make work about my identity, fitting into what was ‘black arts’ but I wanted to make work about other things.” What “other things’’ were you referring to? What work did you create as a result?

In my earlier work I was very interested in exploring my background by using minimalist techniques. At the Arnolfini show I exhibited the work Glass Houses, about my extended family. It consisted of six scaled-down houses, based on the classic storey house design found in the Punjab but made out of glass and filled with Indian household objects and domestic utensils made in terracotta. Conceptually, I was as interested in the materials used in making the work as I was in the objects and structures I made from them.

Moving to Barcelona changed my work and there it became much more personal and intimate. The Catalan way of making work was very different to the way I had been taught. Perhaps it was due to being in a totally and culturally new environment that to me felt less conceptually restrained and more sensual.

I broadened my medium, incorporating brightly coloured materials, the work took the forms of beds, cots, cushions, chairs that were distorted and manipulated to invoke the uncanny. I started to explore themes about instability, isolation, comfort and discomfort and safety and danger.

The two billboards you created in 1992, commissioned by the BBC, faced each other on Cathedral Street in central Glasgow as if in conversation with each other. Are public spaces more democratic than galleries?

Public spaces allow me to communicate with the local environment and my work becomes more visible, as more people who don’t usually go to galleries can see it. However, even though I enjoy public challenges, they are also more complex due to the restrictions of materials that can be used, as well as health and safety concerns.

The BBC billboard art project was a television documentary about art on billboards. It was a great opportunity for me — Damien Hirst, Howard Hodgkin, Helen Chadwick, Richard Long and many other established artists were commissioned to produce public billboards.

I was the only artist in the project to add a third dimension to my work by attaching sculptures, large speakers made out of copper to my billboards. Under each of my speakers was painted a symbol — one of a wheel, another of a lotus flower and my initials PK in Punjabi. The billboard it was facing on the opposite side of the road had a large green octogram pattern.

It was unclear who the large copper “speakers” represented. The project was shown during the May 1992 elections. On the billboard next to mine was a large advert telling people to vote. Did my billboards inadvertently represent another unknown political party?

My present show at 5 Howick Place in London, curated by HS Projects is an example of a hybrid exhibition of public sculpture, where I have converted a foyer space into a bedroom in a private home.

It is the new larger version of Growing a House, encouraging the viewer to think about the home — perhaps as a workplace? — and next to it is a large steel bed, which upon closer inspection reveals a world of colourful creatures “hiding” underneath it.

These creatures are a concoction of private thoughts and dreams, giving viewers a sense of domestic insecurities and vulnerabilities, while other works in the show explore hierarchical structures looking at the unspoken, often hidden positions of power.

It’s been said that your work “points towards the futility of ‘protection.’” Do you see your work as removing the veil of illusion and futile expectation?

Some of it could. A running theme is exploring ideas around protection, safety, instability and hierarchy. But I am careful not to offer answers.

The futility of protection can clearly be seen in Independence of 1998, where 27 figures made from a soft polar fleece hang limply and they wear heavy copper boots and helmets that weigh them down. Further to their plight, they are impaled against the wall by long copper spears. Even though they wear armour, they are completely defeated.

When I use clawed creatures or soft teddy bears, the notion of who is the protector and who is protected is up to the viewer to decide. I feel that the audience brings their own narrative to the work deciding whether to see them as friends or foes.

You wouldn’t be pigeon-holed as “black artist” but does your rich heritage ever inform your work? If so, how?

In the early 1990s I was happy to be included in black art shows, as I was exploring those themes in my work. Some of those exhibitions allowed me to experiment on a large scale, as well as giving my work visibility.

You have to remember that during that period the word “black” encompassed both Afro-Caribbean people and Asians. I’m still dealing with some of these themes in my later work.