The BBC Billboard Art Project was a television documentary about art on billboards. Damien Hirst, Howard Hodgkin, Helen Chadwick, Richard Long and many other established artists were commissioned to produce public billboards. Kaur was the only artist in the project to add a third dimension to the work by attaching sculptures, large speakers made out of copper to the billboards. Under each of the speakers was painted a symbol — one of a wheel, another of a lotus flower and the initials PK in Punjabi. The billboard it was facing on the opposite side of the road had a large green octogram pattern. It was unclear who the large copper “speakers” represented. The project was shown during the April 1992 elections. On the billboard next to hers was a large advert telling people to vote. Did the billboards inadvertently represent another unknown political party? Each billboard is 3 x 13 m and is made of Copper, steel, rubber, and spray paint. Commissioned for the B.B.C. Billboard Art Project, Cathedral Street, Glasgow, Scotland. Photos: Peter Lundh 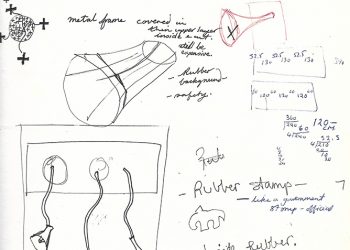 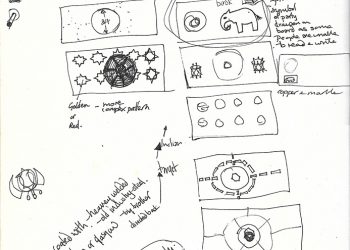 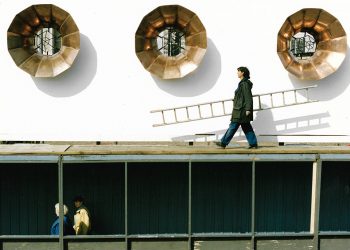 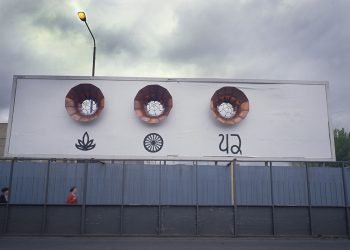 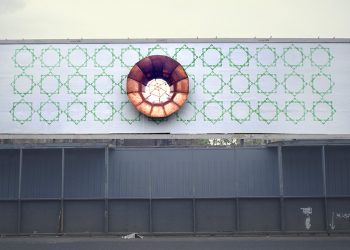 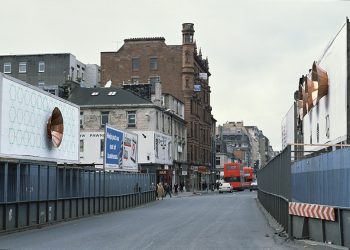