Permindar Kaur is a sculpture/ installation artist, whose approach to art is playful, using childlike objects to explore the territory of cultural identity, home and belonging. She uses simple forms, for instance furniture (beds, cots and chairs) and toys (soft, brightly coloured figures, trucks and animal forms). These objects resemble displaced domestic belongings, which have been distorted and manipulated to invoke the uncanny. They are deceptively familiar in their appearance and initially might remind the viewer of innocence, childhood and play belying their sinister undertones. 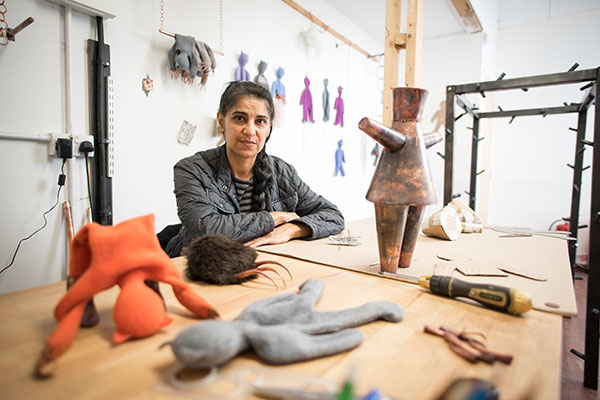 Home – Review by Piers Masterson for This Is Tomorrow, Feb 26th 2021
Review

Glasshouses and other sculptures: the work of Permindar Kaur by Dr Alice Correia, April 27th for PSSA.
Online Event