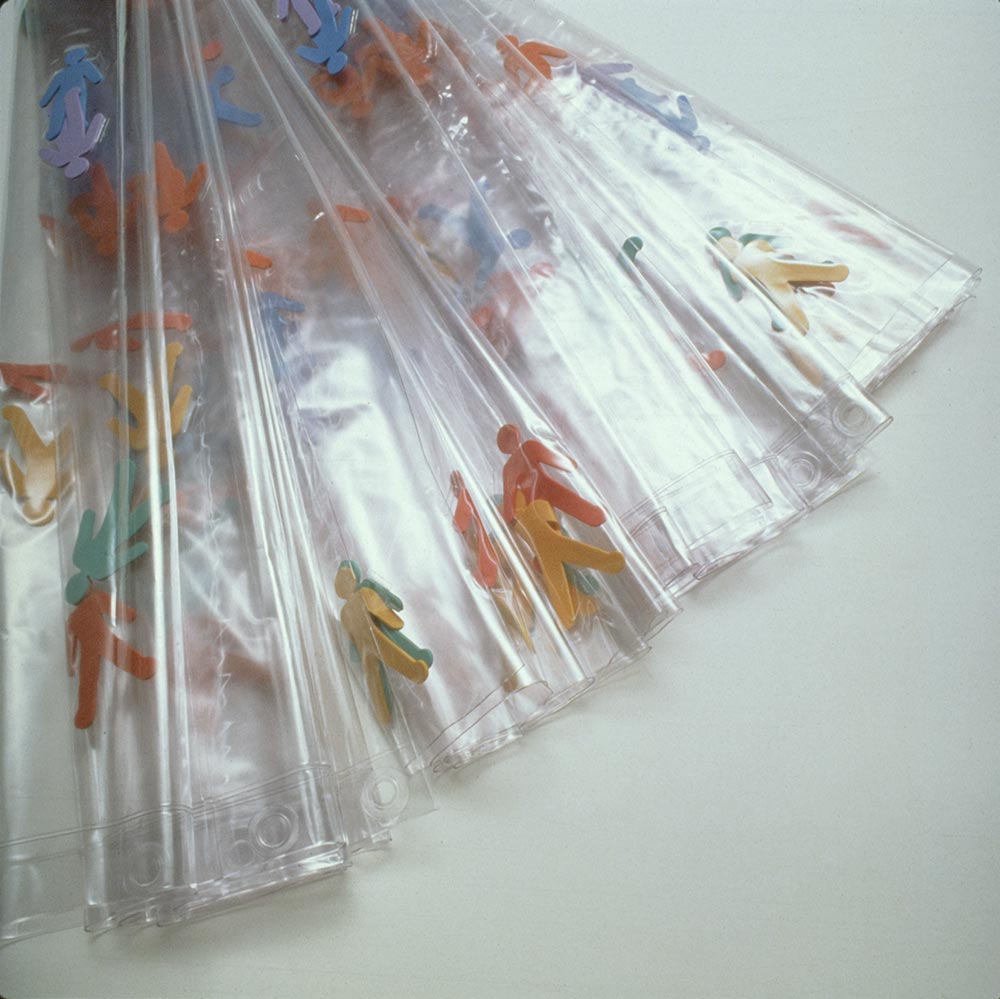 At home with art

This project enabled me to work in new ways. Rather than producing a one-off which I could change and alter during it’s making, I had to design, through collaboration with the manufacturer, a prototype for an object for mass production.

Making a shower curtain for the home raised questions as to the function of the art object and who it is for. This work reached a very different audience, which I had to consider in the development of my ideas. In the end the work I produced was essentially a shower curtain and acted as a protective layer. The figure motifs sealed inside curtain made reference my interest in figures in pairs – in play, conflict and solitude.

The project offered me a choice between making a functional or art object. I considered many ideas for small unusual items. Eventually I decided to make something useful, functional, which also referenced an aspect of my work at the moment.
The relationship between figures is a recurring motif in my work. In the shower curtain the figures existed in their own worlds as private moments – both protected and revealed.

Extensive research was needed to find the relevant materials and the manufacturer for the shower curtain. My primary interest was in working with a plastic based foam. Therefore it was more important to find a company that had a knowledge of the materials and techniques and which would be willing to experiment and consider new tooling procedures. The company we found had not made a shower curtain before, but was very willing and interested to work on this project to design a new product.